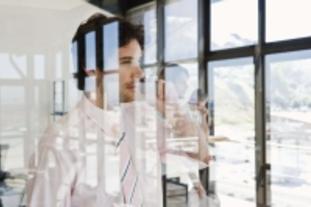 ​​​Supporting Institutions and Programs that Educate for Life.

In 1915, William Fox, a visionary among the original motion picture industry moguls, founded Fox Film Corporation (predecessor to Twentieth Century Fox Film Corporation). Fox Film Corporation was the first to combine production, distribution, and exhibition in a single organization. William Fox developed the earliest successful use of the widescreen form of movie projection and exhibition and acquired the North American patents for the revolutionary sound on film technology, known as Movietone. Warner Brothers, with its separate Vitaphone discs for sound, had the first "talkie," however, it was Movietone's light-bands-on-film technology that became the industry standard. Because of the 1929 Crash, William Fox was never able to implement his vision of using this "new medium" (film with sound) as an educational tool.

William Fox, Jr., learning at his grandfather's knee, believed that the media and visual image must be used as tools in education. Given his grandfather's pioneering spirit, William Jr. was particularly interested in new technologies and felt that the integrated use of new technologies in education, health care, and all endeavors must be encouraged. William Fox, Jr. died in 1986 of lung cancer.

The Foundation was created by the Fox Family to honor the memory of William Fox, Jr. by attempting to implement his dreams and beliefs, (shaped by his visionary grandfather, William Fox).